Menu
Log in
Register
Install the app
You are using an out of date browser. It may not display this or other websites correctly.
You should upgrade or use an alternative browser.

Super Yacht with repurposed jet engines. Can someone say loud? 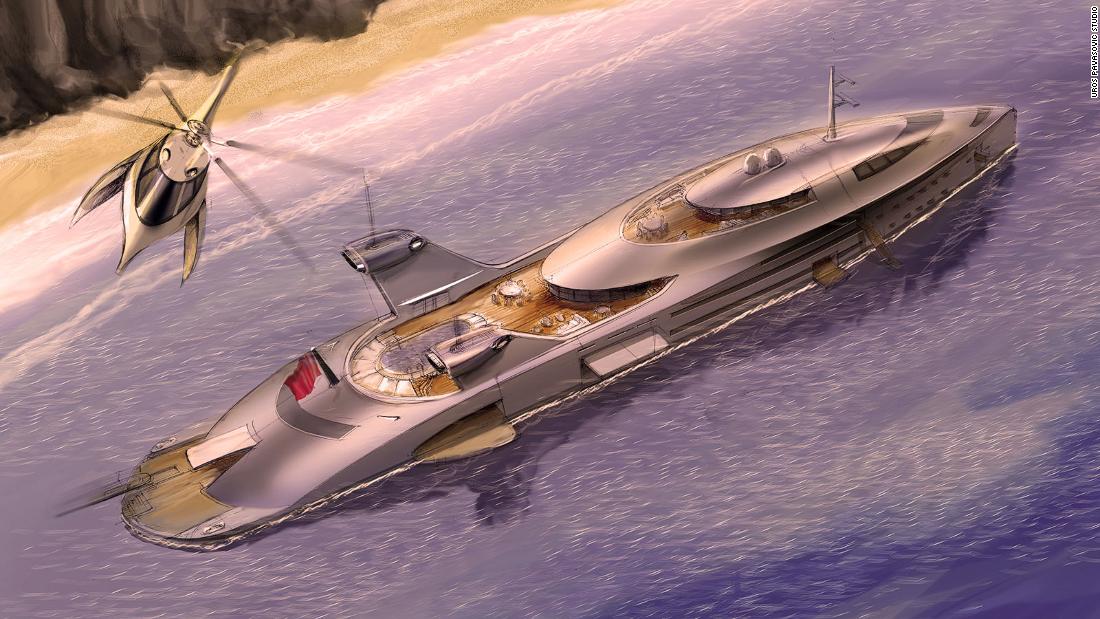 Yacht designer Uros Pavasovic has come up with a rather unorthodox way of utilizing discarded aircraft and pushing the boundaries of superyacht design simultaneously.

kind of what the title of my thread says
R

Can't provide a reference, but it seems to me that a sports star ( race car driver? ) added a jet engine driven prop to his medium/large yacht for sprints to the fishing grounds. ( or something like that )

It has been a while, though, since I heard that.

Coast Guard did it with the 378’s - but all I honestly know about those turbines is they were derived from jet engines.
G

The USCG Legend-class (WMSL) cutters incorporate a gas turbine engine w/ a couple diesels for main propulsion (CODAG). But that's rather different than sticking a turbine on a nacelle!

Roger Penske's yacht uses a Lycoming TF-50 turbine. Other yachts also use Pratt and Whitney PT-6 turbines. The use of turbine engines is not unusual, and these two turbines are unique in that they are not originally aircraft turbines, although they have been adapted to power aircraft, the PT-6, being notably spectacularly successful in that regard. The great thing about the PT-6 is it is a "free turbine" design which means if the output shaft gets jammed or seized the motor is not in jeopardy. It was also the motor used in the Indy car that they banned, because it blew everything else off the track. The TF-50 is very common on helicopters and has its bona fides in the M1-A1 tank.

That all said, the concept in the OP uses thrust direct from the tail pipe. Besides being an inefficient way to power a vessel because of the high viscosity medium (water). It would never develop any ram pressure in the duct thus the engine pressure ratios would always be out of whack. It would also be really, really noisy on deck and of course of no value in maneuvering. Unless you are going to pair the turbine to a propeller or water jet it is a waste of fuel.

I don't know Greg, that seemed like a really long way to say what I said...

I took your implication since you said, "salt water" rather than just water to imply corrosion potential. While it is a problem it is not insurmountable. Navies and Coast Guard operate turbine engines in the environment. Helicopters are most involved due to low altitudes and rotor wash.

If something as inefficient like that were to actually be produced, I would permanently mount a compressor wash bar on the inlet that would run a few minutes before shut down.

All that said, you I both know from the article, there are no "surplus engines" just sitting in the desert. (For our non-aviation ROs) If the airframe is retired and the engine is serviceable, it is going somewhere to either be made serviceable and hung on another airframe or put in spares. Any engines just "sitting in the desert" are either beyond the useful economic life or are staying on the airframe for a planned return to service like a lot of Covid fleets now.

So will it have jet engine thrusters as well LOL. Docking will "be a breeze".
B

wont work for planes either

He apparently had missed the “NO JET AIRCRAFT” sign.

A consultation of the Airport Directory would have revealed it.
G

So I watched the video - the Pilot did not shut the engines down before he left the plane???
And, report says plane was repaired. What do you have to do to clean out all the salt after an incident like that?
Last edited: Tuesday at 1:47 PM

getakey said:
So I watched the video - the Pilot did not shut the engines down after he left the plane???
And, report says plane was repaired. What do you have to do to clean out all the salt after an incident like that?
Click to expand...

You are assuming a pilot who lands an airplane on an airport with a runway below minimum landing distance with a 10 knot tailwind is competent enough to properly execute a proper evacuation. It is idiots like this, who have more money than brains who are causing aviation insurance rates to spiral out of control.

As to repair, it takes a lot of fresh water and WD-40! Actually not WD-40 but Corrosion X or ACF-50. They mist it in and it penetrates. I've had my airplane treated as a preventative and it is weird stuff. It "hangs" around in the atmosphere, gets into everything and seeps from the seams and rivets for months.

Because it was repaired does not mean it was competently performed. Personally, I would not fly it and I would not pay anything more than salvage value for it, even after the repair. I regularly see horror stories of airplanes that were damaged, and improperly repaired only to be discovered on pre-buy inspections. I suspect corrosion will rear its head in years down the road.

These awesome machines (I was on the test team for the first 2 of them in the 80s) with their four TF-40Bs have been eating salt and sand for over 30 years. I sure miss being around these machines.

I'd hate to second guess a professional aviator like the guy who forgot the off switch, but isn't a landing roll normally shorter than a takeoff roll? How was this guy gonna get out - wait for a 40Kt headwind?

You are correct, but he was not a professional aviator. The record shows he held a Private Pilot certificate with a CJ type rating.
G 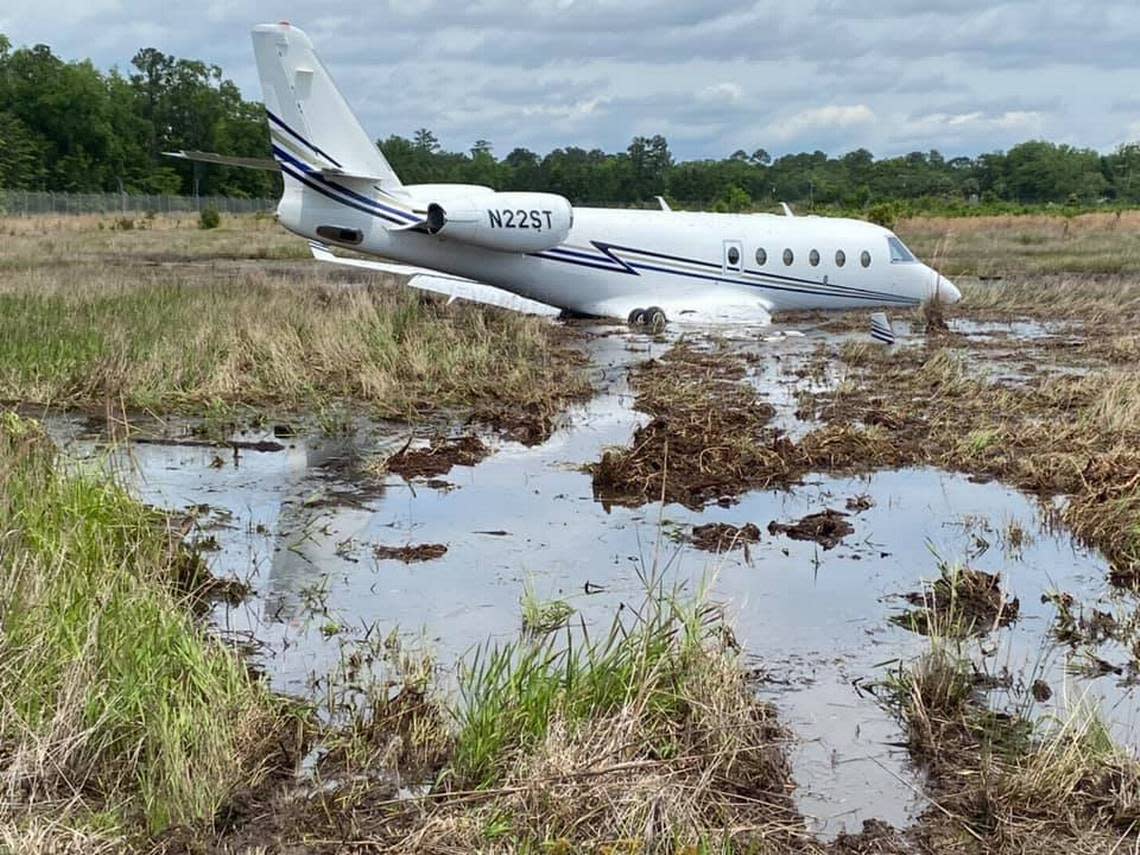 A jet ended up in pluff mud near the Ridgeland airport. Here’s what happened

None of the five people aboard was injured, an official said.